SÚÞa
There's a tenth-century document from Baghdad that describes the Hazar Afsaneh and mentions its frame story, about a wicked king who kills a concubine every night until one of these doomed wives manages to stave off her execution by ...
SÚÞa
world literature, the fabled volume through which the wonder tales of India traveled west to encounter, eventually, the Arabic language and to turn into The Thousand Nights and One Night, a book with many versions and no agreed ...
SÚÞa
For three years, they each married, deflowered, and then ordered the execution of a fresh virgin every night. It is not clear how Shah Zaman in Samarkand went about his gory business, but of Shahryar's methods there are things that can ...
SÚÞa
Shah Zaman, untamed by literature, went right on with his vengeful work, slaughtering each morning the virgin he'd ravished the night before, demonstrating to the female sex the power of men over women, the ability of men to separate ...
SÚÞa
His savagery was blunted by the genius of the woman who, for a thousand nights and one night, risked her life to save the lives of others, who trusted her imagination to stand against brutality and overcome it not by force but, ...
« Fyrri
NÌsta »

Salman Rushdie is the author of fourteen previous novels, including Midnight’s Children (for which he won the Booker Prize and the Best of the Booker), Shame, The Satanic Verses, The Moor’s Last Sigh, and Quichotte, all of which have been shortlisted for the Booker Prize; a collection of stories, East, West; a memoir, Joseph Anton; a work of reportage, The Jaguar Smile; and three collections of essays, most recently Languages of Truth. His many awards include the Whitbread Prize for Best Novel, which he won twice; the PEN/Allen Foundation Literary Service Award; the National Arts Award; the French Prix du Meilleur Livre ètranger; the European Union’s Aristeion Prize for Literature; the Budapest Grand Prize for Literature; and the Italian Premio Grinzane Cavour. He is a member of the American Academy of Arts and Letters and a fellow of the American Academy of Arts and Sciences, and he is a Distinguished Writer in Residence at New York University. He is a former president of PEN America. His books have been translated into over forty languages. 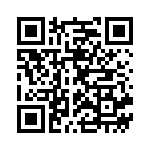