I had such a good time with this book! I have been having a fantastic time re-reading this amazing series. I spaced out my re-reads of the early books in the series but I have really picked up the ... Read full review

Because of availability, I read this one after book #15. Hoe-Lee Smokes! The series continues to keep me interested with new and surprising twists. In Cold Days, we find out there’s something — or ... Read full review 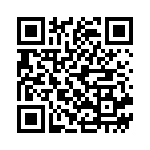