Chuck Palahniuk's ten previous novels are the bestselling Fight Club, which was made into a film by David Fincher; Survivor; Invisible Monsters; Choke, which was made into a film by director Clark Gregg; Lullaby, which is currently in development for film; Diary; Haunted; Rant; Snuff; and Pygmy. He is also the author of Fugitives and Refugees, a nonfiction profile of Portland, Oregon, published as part of the Crown Journeys series, and the nonfiction collection Stranger Than Fiction. He lives in the Pacific Northwest. Chuck's Make Something Up, a collection of short stories and one novella, was released in 2015, and Fight Club 2 the follow up to the enormously successful Fight Club, debuts June 2016 from Dark Horse Comics. 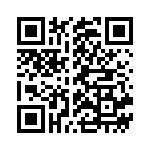