TIM WHITMARSH†is currently the A. G. Leventis Professor of Greek Culture at the University of Cambridge. He has published widely on ancient prose fiction, including Narrative and Identity in the Ancient Greek Novel: Returning Romance, and edited The Cambridge Companion to the Greek and Roman Novel. 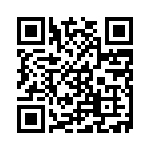