Síđa 127
Here , besides Thoth , other gods of old Egypt were honoured : Ra , Hathor and Harachte among them . But the credulous local folk seemed to have held such an affection for another god , Bes , that they ' exceptionally frequently ...
Síđa 145
wholly as an Egyptian god , ' Osiris - Antinous the Just ' , interceding with the other , older , gods of Egypt and honoured in the same ways as them . ' It tells us specifically that his body was accorded all the customs of the ritual ...
Síđa 185
Nevertheless , we know of twenty - seven of them where he was honoured . ? In the north , his proud birthplace , Bithynion , had the most vigorous cult , but it was rivalled by the official capital of the province , Nikomedia . 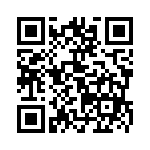