William Gibson was born in South Carolina in 1948. Educated in the USA, he emigrated to Canada in 1968 and retains dual nationality. Gibson began writing in 1977 and burst upon the literary world with his acclaimed first novel, NEUROMANCER, the book that launched the cyberpunk generation, and the first novel to win the holy trinity of science fiction, the Hugo, Nebula and Philip K. Dick Awards. Although best known for his early cyberpunk novels, Gibson's work has continued to evolve over the ensuing years, always casting an astute critical eye on modern societal trends. In 1999 The Guardian praised him as 'probably the most important novelist of the past two decades'. His most recent books include ZERO HISTORY and THE PERIPHERAL. 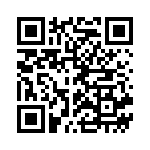