The building of the Hubble telescope was a long and complicated process, lasting 44 years from the first serious proposal of such a telescope to Hubble’s launch in 1990. The fight for Hubble didn’t ... Read full review

The Hubble Space Telescope has been one of the biggest success stories of modern science. But it didn't start out that way. Zimmerman, a science historian, tells the entire story of the Hubble ... Read full review

Síđa 269 - This book is one of a series prepared in connection with the Survey of the Behavioral and Social Sciences conducted between 1967 and 1969 under the auspices of the Committee on Science and Public Policy of the National Academy of Sciences and the Problems and Policy Committee of the Social Science Research Council.
Kemur fyrir í 334 bókum frá 1845-2008 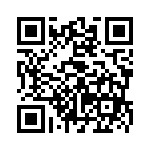