Dawkins (The God Delusion) purports to guide his readers through letting go of belief in God in this underwhelming repackaging of ideas from his previous works. For the first half of the book, Dawkins ... Read full review

Richard Dawkins is a fellow of the Royal Society and was the inaugural holder of the Simonyi Chair for the Public Understanding of Science at Oxford University. He is the acclaimed author of many books, including The Selfish Gene, The God Delusion, The Magic of Reality, Climbing Mount Improbable, Unweaving the Rainbow, The Ancestor’s Tale, The Greatest Show on Earth, and Science in the Soul. He is the recipient of numerous honors and awards, including the Royal Society of Literature Award, the Michael Faraday Prize of the Royal Society, the Kistler Prize, the Shakespeare Prize, the Lewis Thomas Prize for Writing about Science, the Galaxy British Book Awards Author of the Year Award, and the International Cosmos Prize of Japan. 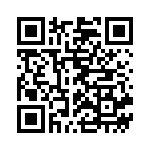