Cosey Fanni Tutti whose career began in 1969 is a respected artist and musician of worldwide renown - for her Art, her work in the sex industry, as co-founder of Industrial music and Throbbing Gristle, and her pioneering electronic music as 'Chris & Cosey' and 'Carter Tutti'. 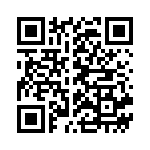