A great science fiction classic! When a giant alien generation ship type object enters the Solar system, a select few are able to go an investigate. Trapped on the object, they spend the entire novel ... Read full review

Rendezvous with Rama is Clarke's second most famous book. Unfortunately it does not approach the sci-fi glory that is 2001. It is more run of the mill sci-fi. A projection of Clarke's ego rather than a struggle. Read full review

Clarke is widely revered as one of the most influential science fiction writers of the 20th century, esteemed alongside Isaac Asimov and Robert Heinlein, a trio known informally as the “Big Three.” Before his death in 2008, he authored more than 100 novels, novellas, and short story collections and laid the groundwork for science fiction as we know it today. Combining scientific knowledge and visionary literary aptitude, Clarke’s work explored the implications of major scientific discoveries in astonishingly inventive and mystical settings. Clarke’s short stories and novels have won numerous Hugo and Nebula Awards, have been translated into more than 30 languages, and have sold millions of copies worldwide. Several of his books, including 2001: A Space Odyssey and 2010: Odyssey II, have been adapted into films that still stand as classic examples of the genre. Without a doubt, Arthur C. Clarke is one of the most important voices in contemporary science fiction literature. 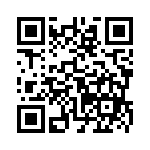