Smail's concept is that there is an artificial divide between pre-history (what he calls deep history) and history and that the biological and evolutionary history of humanity can be better understood ... Read full review

Daniel Lord Smail is Professor of History at Harvard University. He is the author of Imaginary Cartographies (1999), which won the American Historical Association's Herbert Baxter Adams Prize and the Social Science History Association's President's Award; The Consumption of Justice (2003), which won the Law and Society Association's James Willard Hurst Prize; and co-editor of Fama: The Politics of Talk and Reputation in Medieval Europe (2003). 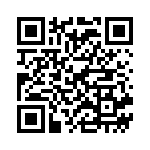