Cosey Fanni Tutti is a performance artist and musician best known for her time in the avant-garde groups Throbbing Gristle and Chris & Cosey. Born in Hull in 1951, she currently resides in Norfolk. Her most recent release, 'f(x)', with her group Carter Tutti Void, was released to great critical acclaim in 2016. 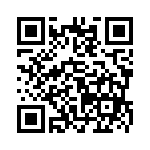