Arundhati Roy studied architecture in New Delhi, where she now lives. She is the author of the novel The God of Small Things, for which she received the 1997 Booker Prize. The novel has been translated into forty languages worldwide. She has written several non-fiction books, including Field Notes on Democracy: Listening to Grasshoppers and Capitalism: A Ghost Story, published by Haymarket Books. 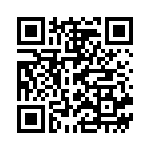