Michael Hoskin has taught history of astronomy at the University of Cambridge throughout his career, and has authored four previous books on the Herschels. He is an Honorary Fellow of the Royal Astronomical Society, Doggett Prizewinner of the American Astronomical Society and Jaschek Prizewinner of the European Society for Astronomy in Culture. In acknowledgement of his contribution to astronomy, the International Astronomical Union has named a minor planet Hoskin. 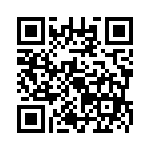