Rotraut Susanne Berner was born on August 26, 1948 in Stuttgart, Germany. She is a graphic designer and illustrator. She illustrated The Number Devil by Hans Magnus Enzensberger. She is also well known for a series of popular children's book called Wimmelbilderbuch. She won 2016 Hans Christian Andersen Award for illustration. 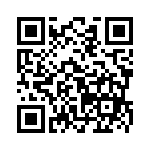