A good book for eve fans it shows a lot of back story into the eve universe and it has a good plot it would be a hard story to get into if you don't know about the game eve online but even then it is a good book. Read full review

Tony Gonzales was born in Jersey City, New Jersey, in 1973. He graduated from the Richard Stockton College of New Jersey with a BA in Political Science in 1995, and has an MBA from Rutgers University. He is a Lead Writer for CCP Games in Reykjavik, Iceland, and is the author of two EVE Online novellas, Ruthless and Theodicy. EVE: The Empyrean Age is his first published work. 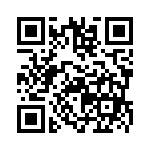