If you LOVE or even LIKE the brilliant writings of Douglas Adams you MUST order this wonderful tome containing all the adventures of Arthur Dent and all his friends and enemies as they travel forward ... Read full review

Ultimate Hitchhikers Guide to the Galaxy

Great Book! Great entertainment value for the money and it almost looks like a bible. Read full review

Douglas Noel Adams (sometimes referred to Bop Ad because of his distinctive signature) was born in Cambridge, England, on March 11, 1952 and educated at St. John's College at Cambridge University. He graduated with honors in English Literature in 1974. In addition to being a writer/editor for radio, television, and stage, Adams has worked as a hospital reporter, barn builder, and radio producer. The Hitchhiker's Guide to the Galaxy, 1979, one of his bestselling humor and science fiction novels, was originally a radio series. It was the first in a four-book series that includes The Restaurant at the End of the Universe; Life, the Universe, and Everything, and So Long, and Thanks for All the Fish. He once stated that the idea for his first novel came while he was "lying drunk in a field in Innsbruck and gazing at the stars." He pokes fun at humanity by mixing science fiction with humor. Adams's additional books include The Meaning of Liff; The Deeper Meaning of Liff; Dirk Gently's Holistic Detective Agency; The Long Dark Tea-time of the Soul; and Mostly Harmless. He has also co-authored the book Last Chance to See, about endangered species. Douglas Adams died May 11, 2001 of a heart attack in Santa Barbara, California at the age of 49. 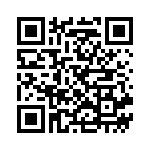