A great science fiction classic! When a giant alien generation ship type object enters the Solar system, a select few are able to go an investigate. Trapped on the object, they spend the entire novel ... Read full review

Rendezvous with Rama is Clarke's second most famous book. Unfortunately it does not approach the sci-fi glory that is 2001. It is more run of the mill sci-fi. A projection of Clarke's ego rather than a struggle. Read full review

Arthur C. Clarke has long been considered the greatest science fiction writer of all time and was an international treasure in many other ways, including the fact that an article by him in 1945 led to the invention of satellite technology. Books by Clarke--both fiction and nonfiction--have sold more than one hundred million copies worldwide. He died in 2008. 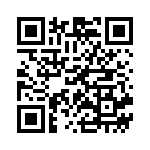