This collection seems a bit eccentric when considered as a whole, on account of the different topics covered and the different audiences and tones for which the essays were written. They are unified ... Read full review

We shall not get out of this circle until it is decided that when exceptional events occur, humanity cannot afford to apply the laws currently in force, but must shoulder the responsibility of ... Read full review

Umberto Eco was born in Alessandria, Italy on January 5, 1932. He received a doctorate of philosophy from the University of Turin in 1954. His first book, Il Problema Estetico in San Tommaso, was an extension of his doctoral thesis on St. Thomas Aquinas and was published in 1956. His first novel, The Name of the Rose, was published in 1980 and won the Premio Strega and the Premio Anghiar awards in 1981. In 1986, it was adapted into a movie starring Sean Connery. His other works include Foucault's Pendulum, The Island of the Day Before, Baudolino, The Prague Cemetery, and Numero Zero. He also wrote children's books and more than 20 nonfiction books including Serendipities: Language and Lunacy. He taught philosophy and then semiotics at the University of Bologna. He also wrote weekly columns on popular culture and politics for L'Espresso. He died from cancer on February 19, 2016 at the age of 84. 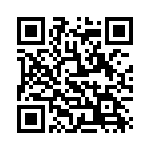