Important stuff for people trying to understand decision-making flaws in large organizations. But overly long and a bit repetitive too. My main gripe is that it focused on problems for a handful of ... Read full review

Gets very technical but it is interesting. Didn’t finish. The book discusses the MANY variables made in decision-making and it’s implications within our society. Need to finish! Read full review

Olivier Sibony is a professor, writer and advisor specializing in the quality of strategic thinking and the design of decision processes. Sibony teaches Strategy, Decision Making and Problem Solving at HEC Paris. He is also an Associate Fellow of Saďd Business School in Oxford University. Sibony's research centers on improving the quality of decision making by reducing the impact of behavioral biases. He is the author of numerous articles in academic and popular publications, including Before You Make That Big Decision, co-authored with Nobel Prize winner Daniel Kahneman.

Cass R. Sunstein is currently the Robert Walmsley University Professor at Harvard. From 2009 to 2012, he was Administrator of the White House Office of Information and Regulatory Affairs. From 2013 to 2014, he served on President Obama's Review Group on Intelligence and Communications Technologies. From 2016 to 2017, he served on the Defense Innovation Board of the US Department of Defense. Sunstein is author of many articles and books, including two New York Times bestsellers: The World According to Star Wars and Nudge (with Richard H. Thaler). His other books include Republic.com, Risk and Reason, Why Societies Need Dissent, The Second Bill of Rights, Conspiracy Theories and Other Dangerous Ideas, The Ethics of Influence, and Can It Happen Here? Authoritarianism in America. He lives in Cambridge, Massachusetts. 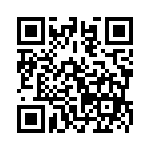