Proven Guilty is the eighth book in The Dresden Files by Jim Butcher. In this week's episode... Horrors from the big screen start coming to life at a local horror movie convention. Harry needs to ... Read full review

My favorite of the series, so far. In this story, Harry encounters the love and acceptance he craves when his friends rally to aid him. They also reach out to bridge the emotional gaps undermining his ... Read full review 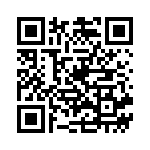