This was a very good book that I very much so enjoyed. It really sparked my interest in demons and the various circles of hell, which I'm looking forward to researching. (: Read full review

A good premise, and a huge twist about 2/3rds of the way through make this worth persevering with. Not the best update of some of Dante Aligeheri's work by any means, but worth a look. Worth reading, but not rereading Read full review 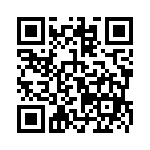