This is a kind of catalog of the Christian nationalist movement. going back to Rushdoony and somewhat back to the Civil War era. Lots of people and organizations and meetings. It doesn't go into any ... Read full review

A powerful expose of the under reported machinations of the religious right to force their particular view of Christianity on the American public, and to take over the reins of power to enforce their ... Read full review

Katherine Stewart is the author of The Power Worshippers: Inside the Dangerous Rise of Religious Nationalism. She writes about politics, policy, and religion for The New York Times, Washington Post, NBC, and The New Republic. Her previous book, The Good News Club, was an examination of the religious right and public education. 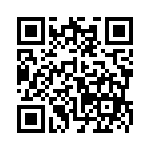