Tim Whitmarsh is the A.G. Leventis Professor of Greek Culture at Cambridge University. A well-known specialist in the civilisations of ancient Greece and Rome, he has appeared on BBC radio and TV, and written for the Guardian, Times Literary Supplement, London Review of Books and Literary Review. 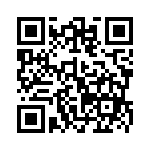