Have you ever grieved the loss of a loved one? Are you grieving now? Do you know someone who is grieving? The marvelous writer, Chimamanda Ngozi Adichie, generously shares her very personal experience ... Read full review 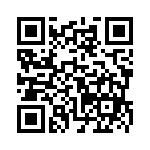