Peterson (math-and-physics editor at Science News) tells how science has unlocked the secrets of celestial motion. The puzzle is as ancient as cave men peering at the night sky: how to explain the ... Read full review

This is a history of human efforts to understand the mechanics of the solar system, reaching from classical Greece to the present. By the time of Isaac Newton, there was reason to hope that the ... Read full review

Ivars Peterson is the author of The Mathemetical Tourist (1988) and Islands of Truth (1990)--both published by W.H. Freeman and Company. For the past ten years he has reported on developments in astronomy, physics, and mathematics for Science News. In recognition of his accomplishments as a science journalist and author, Peterson received the 1991 Communications Award from the Joint Policy Board for Mathematics. 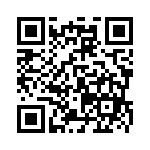