A scholarly work of science history, occasionally quite technical. Despite many decades of skepticism that gravitational waves exist, physicists are now sure that they will be detected with expensive, already-constructed apparatus. Read full review

Daniel Kennefick is Visiting Assistant Professor of Physics at the University of Arkansas. He is an editor of The Collected Papers of Albert Einstein (Princeton). 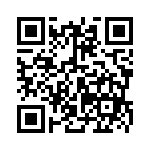