Born in Minneapolis, Minnesota, and raised in a family of Hungarian labor organizers, Steven Brust worked as a musician and a computer programmer before coming to prominence as a writer in 1983 with Jhereg, the first of his novels about Vlad Taltos, a human professional assassin in a world dominated by long-lived, magically-empowered human-like "Dragaerans." 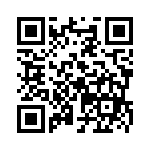