Was good, really good, and what a twist at the end!!! Read full review

the book is poorly written and flows like tar, the author tends to write short stories and it shows. love the game disappointed in this book. Read full review

Hjalti Daníelsson is CCP's lead narrative creator for the harsh universe of New Eden, the setting for CCP's flagship game, EVE Online. After years working as a Game Master, possibly the only job in the world where the clientele routinely demands the return of their spaceships, he transitioned to CCP's creative writing team. Hjalti is the author of more than eighty short stories set in the EVE Online universe, along with various other works including plays and storytelling game fiction. In his spare time, he reads as many books as he can and indulges in sports where he tends to get punched in the head. 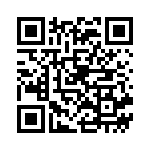