Chet Haase has worked at several Silicon Valley tech companies, including Adobe Systems, Sun Microsystems, and startups. In 2010, he joined the Android engineering team at Google and watched Android rise from the bottom of the smartphone field to where it is today. 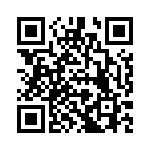