Number 1 New York Times bestseller FREDRIK BACKMAN made his literary debut in 2012 with the global sensation A Man Called Ove - now in development as a major motion picture starring Tom Hanks. Wickedly funny, touching and wise, Fredrik Backman's novels are odysseys of the ordinary man and woman, and stunningly moving tales of everyday courage. Up to now, Fredrik Backman has written six highly acclaimed novels, two heartfelt novellas about life and love, and one non-fiction book about parenthood. His books have sold more than 13 million copies in 46 languages and the Swedish film adaption of A Man Called Ove was nominated for two Academy Awards. He lives in Stockholm, Sweden, with his wife and two children. 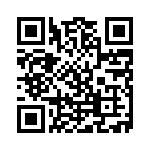