Salman Rushdie was born in India on June 19, 1947. He was raised in Pakistan and educated in England. His novels include Grimus, Shame, The Satanic Verses, Haroun and the Sea of Stories, The Moor's Last Sigh, The Ground Beneath Her Feet, Fury, Shalimar the Clown, The Enchantress of Florence, Luka and the Fire of Life, and The Golden House. His non-fiction works include Joseph Anton, Imaginary Homelands, The Jaguar Smile, and Step across This Line. He also wrote a collection of short stories entitled East, West. He has received numerous awards including the Whitbread Prize for Best Novel twice, the James Tait Black Prize, the French Prix du Meilleur Livre ╔tranger, the Booker Prize in 1981 for Midnight's Children, and the 2014 PEN/Pinter Prize. 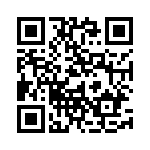