Well written, captivating, and dark. As someone who's never managed to finish a bioshock game this Book has inspired me to give them another try. Read full review

Bioshock Rapture by John Shirley, Jeffrey Kafer (Narrator) Published by Tantor Media I checked the Bioshock Rapture audio book from my library via Hoopla Digital. I do not think I would have read this ... Read full review

John Shirley won the Bram Stoker Award for his book Black Butterflies. He was co-screenwriter of The Crow and television writer for Fox, and Paramount Television. His novels include City Come A-Walkin', Eclipse, Crawlers, Demons, and Bleak History. 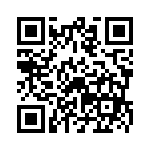