Third out of four Rama books by the great Arthur C. Clarke. I did not enjoy this one quite as much as the first two. Some of the authors choices were a little weird. The choice of the worst of mankind, for colonist was just ......stupid? A good read with HUGE ideas. Read full review

Torn on this one...the story might have gotten three stars for being a relatively mindless read with fairly good flow, it was still mightily flawed. First, two men should not presume to write first ... Read full review

Arthur C. Clarke was born in Minehead, Somerset, England, on December 16, 1917. During World War II, he served as a radar specialist in the RAF. His first published piece of fiction was Rescue Party and appeared in Astounding Science, May 1946. He graduated from King's College in London with honors in physics and mathematics, and worked in scientific research before turning his attention to writing fiction. His first book, Prelude to Space, was published in 1951. He is best known for his book 2001: A Space Odyssey, which was later turned into a highly successful and controversial film under the direction of Stanley Kubrick. His other works include Childhood's End, Rendezvous with Rama, The Garden of Rama, The Snows of Olympus, 2010: A Space Odyssey II, 2062: Odyssey III, and 3001: The Final Odyssey. During his lifetime, he received at least three Hugo Awards and two Nebula Awards. He died of heart failure on March 19, 2008 at the age of 90. 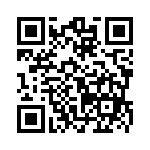