Ian Carr was born in Scotland, brought up in the north of England and educated at Kings College, Newcastle upon Tyne. He became a professional musician, playing trumpet, flugel horn and keyboards, and has made numerous recordings. He has made many broadcasts for jazz programmes for BBC Radio 3 and has written for the BBC Music Magazine since its inception in 1992. Ian Carr is the author of Music Outside (1973) and Keith Jarrett, the Man and his Music (1991). 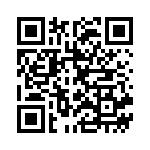