Ian Carr was born in Dumfries, Scotland on April 21, 1933. He received a degree in English and a teaching certificate from King's College. While there, he began playing the trumpet. After he served in the British Army, he played with numerous jazz groups including the EmCee Five, Rendell/Carr Quintet, and Nucleus. He wrote for several jazz publications, contributed to several jazz reference books and was a consultant for television documentaries about Miles Davis and Keith Jarrett. He also wrote books including Music Outside: Contemporary Jazz in Britain; Miles Davis: A Critical Biography; and Keith Jarrett: The Man and His Music. He died from complications after pneumonia and a series of mini-strokes on February 25, 2009 at the age of 75. 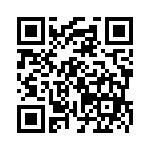