Nice little mix of fantasy and suspense that kept me turning the pages. I found The Ninth Circle to be smoothly written and vivid and it builds nicely to a satisfying, exciting conclusion. I found all ... Read full review

This was a very good book that I very much so enjoyed. It really sparked my interest in demons and the various circles of hell, which I'm looking forward to researching. (: Read full review 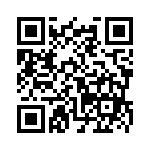