Review: The Catcher in the Rye

As a reader, I thinks that "The Catcher in the Rye" is one of the best books I have ever read! It's plot and moral meanings are amazing to think and read about. This book is a must read for anybody ... Read full review

Review: The Catcher in the Rye

This is one of my favourites and is a sacred text for a surprising number of America's most infamous assassins! Holden Caulfield is a brat, no doubt about it. He's a spoilt little american brat who's got his knickers in a twist almost from the get go. Read full review

J. D. Salinger was born in New York City on January 1, 1919. He attended Manhattan public schools, Valley Forge Military Academy in Pennsylvania, and three colleges, but received no degrees. He was from an upper class Jewish family and they lived on the upper west side of Manhattan on Park Avenue. Salinger joined the U. S. Army in 1942 and fought in the D-Day invasion at Normandy as well as the Battle of the Bulge, but suffered a nervous breakdown due to all he had seen and experienced in the war and checked himself into an Army hospital in Germany in 1945. In December 1945, his short story I'm Crazy was published in Collier's. In 1947, his short story A Perfect Day for Bananafish was published in The New Yorker. Throughout his lifetime, he wrote more than 30 short stories and a handful of novellas, which were published in magazines and later collected in works such as Nine Stories, Franny and Zooey, and Raise High the Roof Beam, Carpenters and Seymour: An Introduction. The Catcher in the Rye, published in 1951, was his only novel. His last published story, Hapworth 16, 1924, appeared in 1965. He spent the remainder of his years in seclusion and silence in a home in Cornish, New Hampshire. He died of natural causes on January 27, 2010 at the age of 91. Salinger always wanted to write the great American novel; when he succeeded in this with Catcher in the Rye, he was unprepared for the onslaught on privacy issues that this popularity brought on. He never wanted to be in the spotlight and retreated from all contacts he had in New York City. 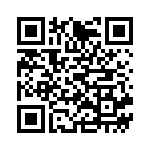