Cosmology and controversy: the historical development of two theories of the universe

Today we take it for granted that the universe began with a big bang. But this has not always been the case. Prior to its wide acceptance as the most probable origin of our universe, the big bang ... Read full review

Helge Kragh is Professor of the History of Science at the University of Oslo. His works include a biography of P.A.M. Dirac. 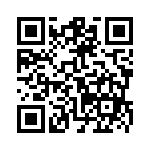