[The Lovers] - Philip José Farmer The lovers was originally a novella published in 1952 in the pulp science fiction magazine Startling Stories. It was Farmer's first literary success winning the Hugo ... Read full review

Hal Yarrow is a linguist sent to the newly discovered planet Ozgan, where another sentient species lives. He has led a repressed and unhappy life. But on Ozgan, he realizes that his tyranical religion ... Read full review

Philip José Farmer was born in North Terre Haute, Indiana on January 26, 1918. He worked in a steel mill while attending Bradley University at night and writing in his spare time. In 1952, his story The Lovers, in which a human has sex with an alien, was published in a pulp magazine called Startling Stories and won him the Hugo Award in 1953 for most promising new author. He quit his job to become a full-time writer, but a string of misfortunes eventually forced him to take jobs as a manual laborer. He worked as a technical writer from 1956 to 1970, but continued writing science fiction. He finally found success in the 1960's with the Riverworld series. He wrote more than 75 books throughout his lifetime including the Dayworld series and the World of Tiers series. He also wrote short stories. He won the Hugo award for best novella in 1968 for Riders of the Purple Wage and for best novel in 1972 for To Your Scattered Bodies Go. In 1988, he was the recipient of the Writers of the Past Award and the Nova for best book for Riverworld. In 2001 he was awarded the Grand Master Award and the World Fantasy Life Achievement Award. He died on February 25, 2009 at the age of 91. 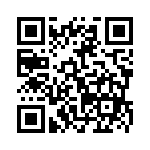