The direct sequel to Peace Talks so do not read this without reading it first. The action starts as Harry leaves the island to head back to city. It is constant fight from start to finish. The few ... Read full review

My feelings about this book are rather mixed. If you have been following my reviews for any amount of time, you probably already know that I am a huge fan of The Dresden Files. Over the course of 17 ... Read full review

Jim Butcher is the author of the Dresden Files, the Codex Alera and the Cinder Spires series. His résumé includes a laundry list of skills which were useful a couple of centuries ago, and he plays guitar quite badly. An avid gamer, Jim plays tabletop games in varying systems, a variety of video games and LARPs whenever he can make time for it. He currently resides mostly inside his own head, but his head can generally be found in his home town of Independence, Missouri. 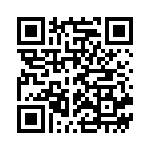