Excellent that there were still surprises and new concepts right to the end. The trilogy is daunting in scale, but rewards those bold enough to take it on. Read full review

“I’m an appropriate companion personality for a girl your age, young missy. We spent all night ransacking that library to see what I should be like. You got any idea what it’s like watching eight ... Read full review 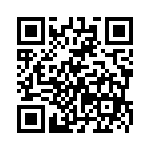