Mr. Ellis is a writer of screenplays. He hobnobs with the rich and famous. He is openly gay and can be caustic and brutally honest, as well. He does not care what people think of him, but rather ... Read full review

Political correctness is destroying America’s mind and soul, according to this contentious manifesto. Novelist, screenwriter, and podcaster Ellis, whose American Psycho sparked a furor with its grisly ... Read full review

Bret Easton Ellis is the author of six novels, Less Than Zero, The Rules of Attraction, American Psycho, Glamorama, Lunar Park and most recently Imperial Bedrooms, which was a Sunday Times Top Ten Bestseller, and a collection of stories, The Informers. His work has been translated into twenty-seven languages. He lives in Los Angeles. 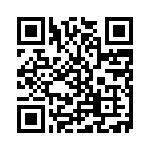