#unreadshelfproject2020 Some interesting points brought up in this book. I already loathed Walmart and this book just added fuel to that fire. The healthcare system he describes is dead on as well. I ... Read full review

John Steinbeck: "Socialism never took root in America because the poor see themselves not as exploited proletariat but as temporarily embarrassed millionaires." This book was written shortly after ... Read full review

Joe Bageant wrote an online column that made him a cult hero among gonzo-journalism junkies and progressives. He has been interviewed on Air America and comments on America’s long history of religious fundamentalism in the BBC/Owl documentary The Vision: Americans on America. He worked as a senior editor for the Primedia History Magazine Group before moving to Belize, where he wrote and sponsored a small development project with the Black Carib families of Hopkins Village. Bageant's other books include: Rainbow Pie: A Redneck Memoir and Waltzing at the Doomsday Ball: The Best of Joe Bageant, a collection of essays published posthumously. 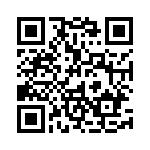