Actually the book was required for summer reading. I forgot that Overstock sells books too even some old editions. I am very happy to find this book in paper back format even though the summer is over but just want to keep a copy at home. Read full review

A classic. Everyone should read this book. Read full review

J. D. Salinger was born in New York City on January 1, 1919, and died in Cornish, New Hampshire, on January 27, 2010. His stories appeared in many magazines, most notably The New Yorker. Between 1951 and 1963 he produced four book-length works of fiction: The Catcher in the Rye; Nine Stories; Franny and Zooey; and Raise High the Roof Beam, Carpenters and Seymour--An Introduction. The books have been embraced and celebrated throughout the world and have been credited with instilling in many a lifelong love of reading. 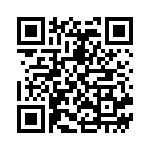