Cynthia Enloe is a feminist writer and teacher who brings together activism and research cross-nationally. She has investigated women in the global garment, trainer, banking and banana industries, domestic work, diplomacy and militarism. She is the author of 14 books, including most recently, Globalization and Militarism (2016), Bananas, Beaches and Bases (2014) and Seriously! Investigating Crashes and Crises as if Women Mattered (2013). Her work has been translated into French, German, Icelandic, Japanese, Korean, Portuguese, Spanish, Swedish and Turkish. She regularly publishes in Ms. Magazine and The Village Voice, and appears on National Public Radio, Al Jazeera, C-Span and the BBC. A Research Professor at Clark University in Massachusetts, she has held taught at universities in Guyana, Malaysia, Wales, Tokyo, and Toronto. She has been awarded honorary doctorates by SOAS and the University of Lund, as well as the Howard Zinn Award for Lifetime Achievement. 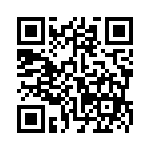