Yes, with this book and Kundera's other essay collections "The Curtain" and "The Art of the Novel", one could absorb a knowledge of world literature- what it is, where it came from, where it is going ... Read full review

Like a literary knight errant, Czech novelist Kundera (The Unbearable Lightness of Being, 1984; Immortality, 1991; etc.) rescues the novel, admired novelists, and composers from the distortions and ... Read full review

The Franco-Czech novelist and critic Milan Kundera was born in Brno and has lived in France, his second homeland, since 1975. He is the author of the novels The Joke, Farewell Waltz, Life Is Elsewhere, The Book of Laughter and Forgetting, The Unbearable Lightness of Being, and Immortality, and the short-story collection Laughable Loves—all originally written in Czech. His most recent novels Slowness, Identity, and Ignorance, as well as his nonfiction works The Art of the Novel, Testaments Betrayed, The Curtain, and Encounter, were originally written in French. 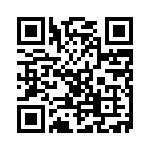