Eleanor Emmons Maccoby was born Viva Emmons in Tacoma, Washington on May 15, 1917. She received a bachelor's degree from the University of Washington and master's and doctorate degrees in experimental psychology from the University of Michigan. She taught and did research at Harvard University from 1950 to 1957. She taught at Stanford University from 1958 until her mandatory retirement at the age of 70 in 1987. She was the first woman to head the psychology department from 1973 to 1976. She conducted research in child development and gender studies. She wrote or co-wrote several books including Patterns of Child Rearing written with Robert Sears, The Psychology of Sex Differences written with Carol Nagy Jacklin, and The Two Sexes: Growing Up Apart, Coming Together. She died from pneumonia on December 11, 2018 at the age of 101. 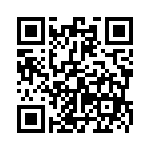