My Thoughts; The Unfortunate Fate Of Kitty da Silva by Alexander McCall Smith; 4/5 I enjoyed this story so much. At first it took me a a while to get into it, and I didn't think I would enjoy it at ... Read full review

3 stories by 3 well known writers; Alexander McCall Smith, Ian Rankin, Irvine Welsh and an introduction from J K Rowling. The stories are complex enough that they could easily have been expanded in to a novel. If I remember rightly, some of the money from the sale of the book went to charity. Read full review

Alexander McCall Smith was born on August 24, 1948 in Zimbabwe. He was a professor of medical law at the University of Edinburgh, but he left in 2005 to focus on his writing. He has written over 60 books, including specialist academic titles including Forensic Aspects of Sleep and The Criminal Law of Botswana, short story collections including Portuguese Irregular Verbs, and children's books including The Perfect Hamburger. He is best known for the No. 1 Ladies' Detective Agency series and the Sunday Philosophy Club series. He is also the author of the Isabel Dalhousie and The 44 Scotland Street Series. He has received numerous awards, including The Crime Writers' Association Dagger in the Library Award and the 2004 United Kingdom's Author of the Year Award. His book, The Full Cupboard of Life, received the Saga Award for Wit in the United Kingdom. In 2007, he received a CBE for his services in literature.

Ian Rankin lives in Edinburgh, Scotland, with his wife and their two sons.

Irvine Welsh was born in Edinburgh on September 27, 1958. After leaving school, he lived in London for awhile, but eventually returned to Edinburgh where he worked for the city council in the housing department. He received a degree in computer science and studied for an MBA at Heriot Watt University. His first novel, Trainspotting, was published in 1993 and was adapted as a film starring Ewan McGregor and Robert Carlyle in 1996. He became a full-time writer in August 1995. His other works include The Acid House (1994), Marabou Stork Nightmares (1995), Ecstasy: Three Tales of Chemical Romance (1996), Filth (1998), Glue (2001), and Porno (2002). He also wrote the plays Headstate (1994) and You'll Have Had Your Hole (1998). 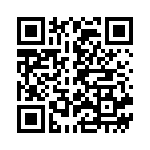