Curious Pursuits is a collection of reviews, forewords and essays by Margaret Atwood. The pieces, written between 1970 and 2005, have been collected into a single volume and seem to have no connecting ... Read full review

Well lets accept it, Atwood is perhaps one of the select woman writers out there who can be considered to be of substance. It is the refinery of her prose and her well developed observational skills ... Read full review

Margaret Atwood was born on November 18, 1939 in Ottawa, Canada. She received a B.A. from Victoria College, University of Toronto in 1961 and an M.A. from Radcliff College in 1962. Her first book of verse, Double Persephone, was published in 1961 and was awarded the E. J. Pratt Medal. She has published numerous books of poetry, novels, story collections, critical work, juvenile work, and radio and teleplays. Her works include The Journals of Susanna Moodie, Power Politics, Cat's Eye, The Robber Bride, Morning in the Buried House, the MaddAdam trilogy, and The Heart Goes Last. She has won numerous awards including the Prince of Asturias Award for Literature, the Booker Prize in 2000 for The Blind Assassin, the Giller Prize and the Premio Mondello for Alias Grace, and the Governor General's Award in 1966 for The Circle Game and in 1986 for The Handmaid's Tale, which also won the very first Arthur C. Clarke Award in 1987. She won the PEN Pinter prize in 2016 for her political activism. She was awarded the 2016 PEN Pinter Prize for the outstanding literary merit of her body of work. 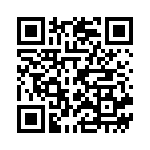